In 2009 Mag. Michael Schick (Innsbruck university, Institut für Archäologien) could investigate a flute fragment, in cooperation with our institute, that had been found in a 15th century spandrel filling in Lengberg castle in east Tyrol. We could not only  establish different stages of manufacture in this fragment which had presumably already cracked while being drilled and shaped and then had been converted into a toy, but also traces indicating an original concept as a three-holed tabor pipe. Based on these  traces a working reconstruction of the instrument could be made. 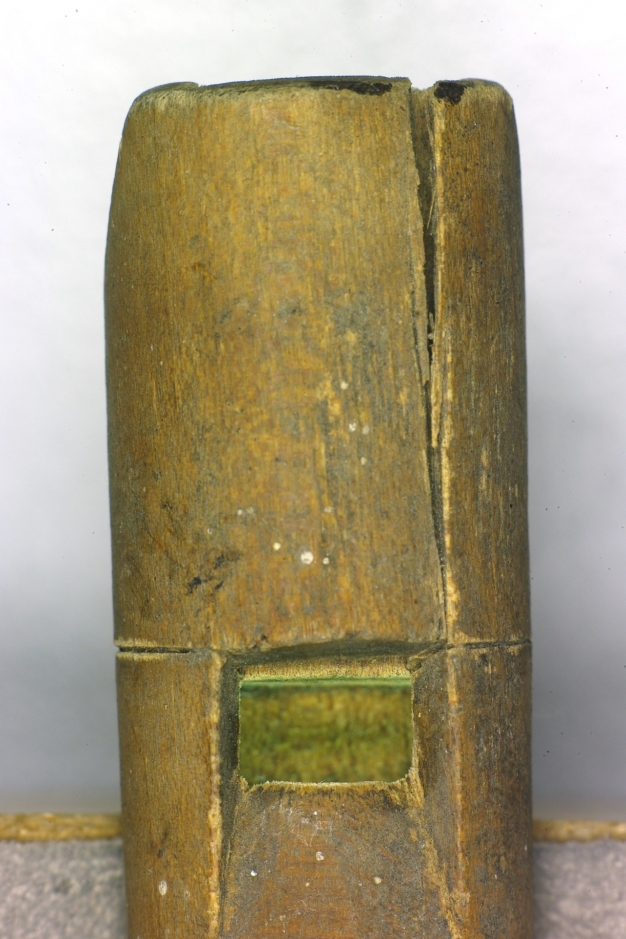 Head of the Lengberg fragment. Clearly visible are the circular groove and the cut for the top edge of the labium and the tapered sides which indicate precise planning and dimensioning as well as professional standard in design and manufacture of this relevant part of the instrument. 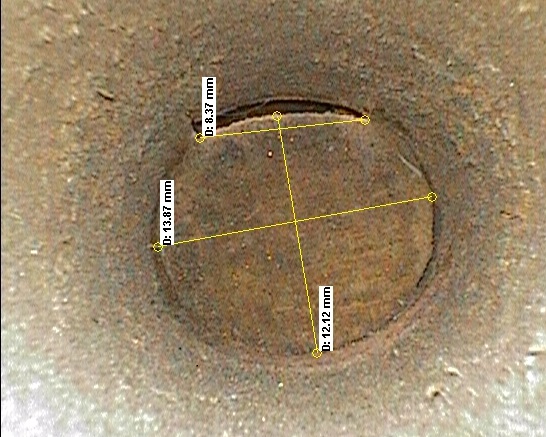 Bore with block and labium and bore measures taken by boriscope. 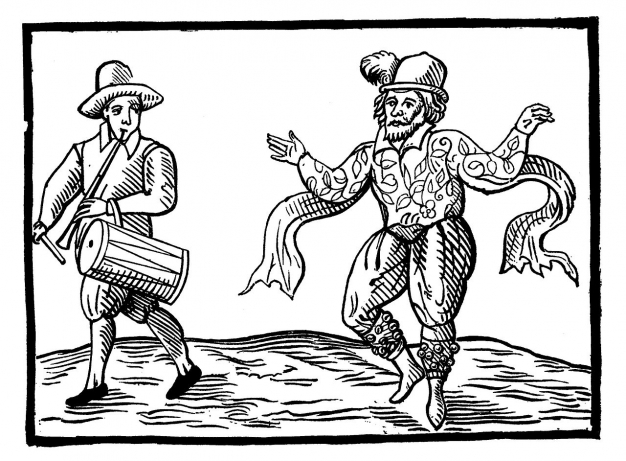 anonymous engl. woodcut (from Nine Days Wonder, 1600): Will Kempe dancing a jig on the road from London to Norwich for nine days, accompanied by pipe and tabor.