Reconstruction of a grand (school of J. A. Stein c1780) Detail: Hammer shanks 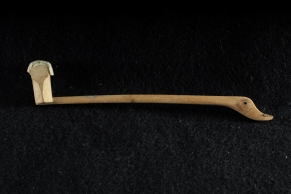 Documentation of the original object. The material could be identified as of maple by eyesight. 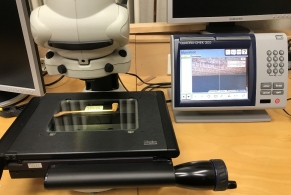 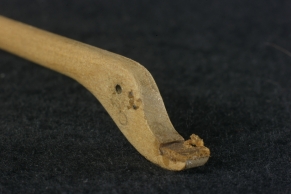 Traces of work processes at the original permit a hypothesis about the tools used (hand cut files or rasps, scrapers), and actions, here at the bend of the beak. 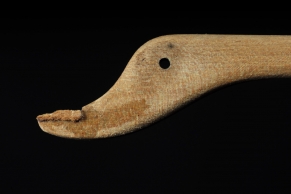 Traces of filing at the transition from axle to shank. 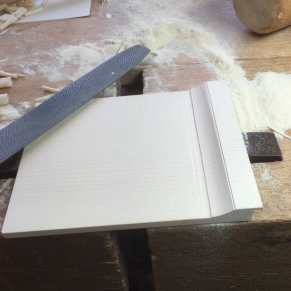 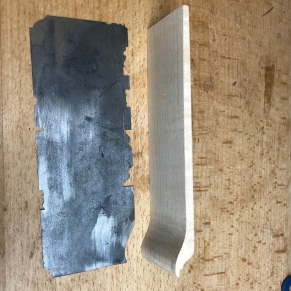 Cutting the single shanks, shaping to individual measures with a file and card scraper. 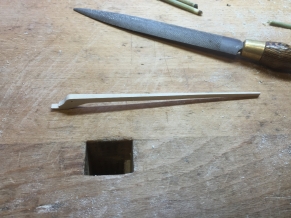 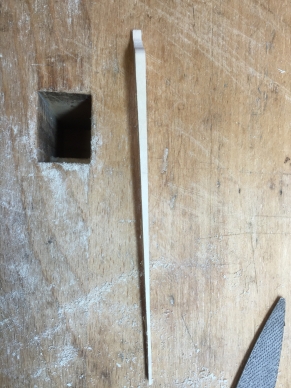 In principle it is possible to make the hammer shanks following this procedure but it is difficult to achieve the continuous decrease of dimensions in a controlled manner.

Grading the shank in a box with a conical groove, by slight shift the differences in sizes of shank ends from bass to treble can be achieved easily and under control. After the right-angled grading only the edges have to be rounded and smoothed using scrapers. 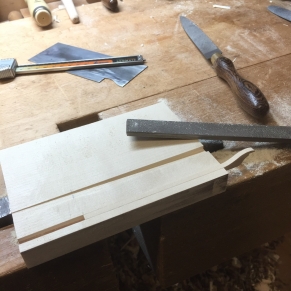 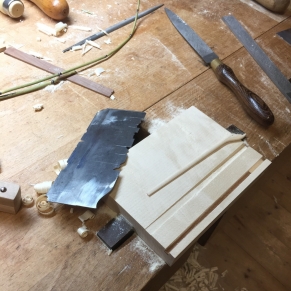 Grading in a box permits a continuous decrease from bass to treble. The traces of this procedure are resempling those found at the original objects by using the assumed tools, hand cut files and scrapers. 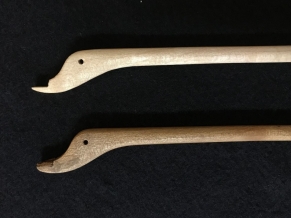 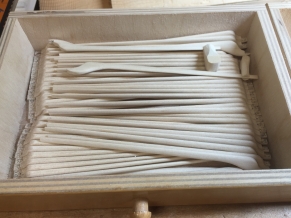 back to the instrument

reconstruction of the hammer shanks 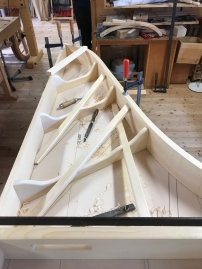 reconstruction of the body of the instrument