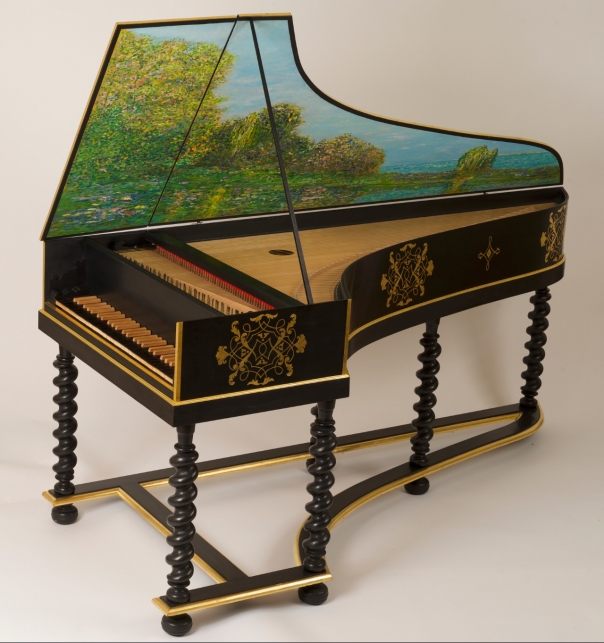 The original harpsichord by Christian Vater built in Hannover in 1738 is in the Germanisches Nationalmuseum Nürnberg (examples of organs built by Vater see here and here). This reconstruction was made in our workshop 2008 to 2011 by Magdalena Balk during her apprenticeship.

Vater's harpsichord has some rare peculiarities., for instance extremely thin jacks of only about 2.5 mm not unsimilar to organ trackers.  These are guided in conical slits with a minimum of friction and probably had no lead weights thus enabling a very sensitive touch for the player, of a rather uncommon quality in harpsichords. This offers an interesting range but also challenge for the interpretation of German harpsichord music of the 18th century. The thin dimensions of the jacks mean also a considerable challenge in production, esp. when applying axles and in intonation.

The timbers used by Vater are birch for the descant wall, beech for the bent wall and spruce for the bass wall and internal parts. The beech wall board of 8 mm strength is prone to tearing while being bent, what can be prevented by a single clamp during the building process. The tension (thus prevention of further tearing) when assembled is counteracted by the birch descant wall, also passing the tension of the bend to the descant of the instrument thus aiding the resonance of the high register.

The base framework with turned columnar legs was made by Markus Thiel, gilding and coloration by Marlis Dörhöfer, the inner lid painting by Stephan Harmanus. 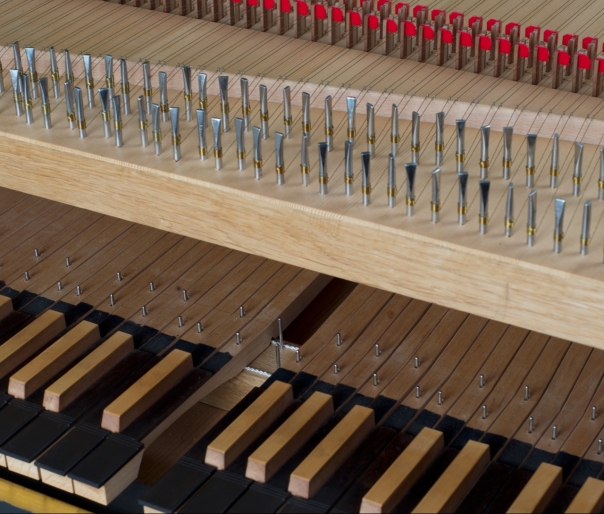 Details of mechanism: some personal features for Vater are the balancing of the keys on strings (one each for upper and lower keys) and the thin jacks 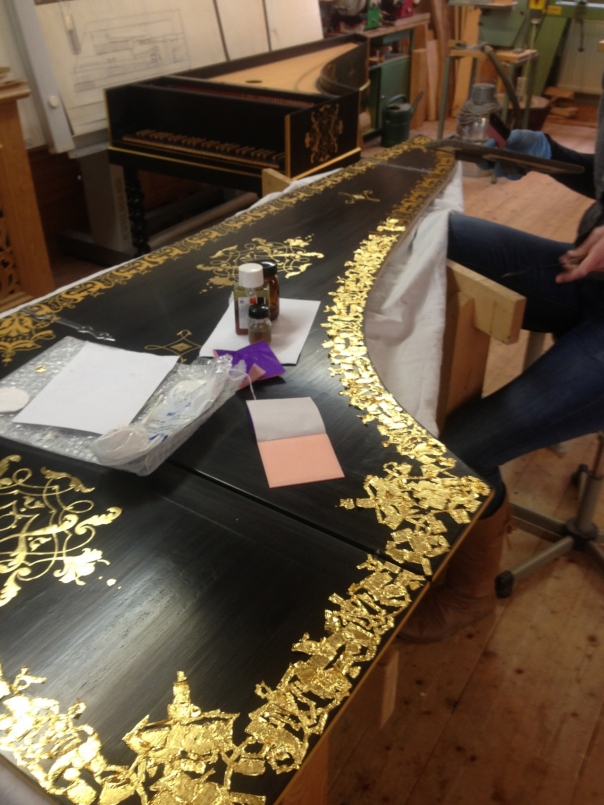 Gesso gilding, reconstruction after traces on the original instrument.